During a ceremony on 19 June, the MA-60 (registration number B-5002) was officially commissioned by the CCG South Sea Bureau, operating from the newly constructed Bo’ao Airport on Hainan Island. 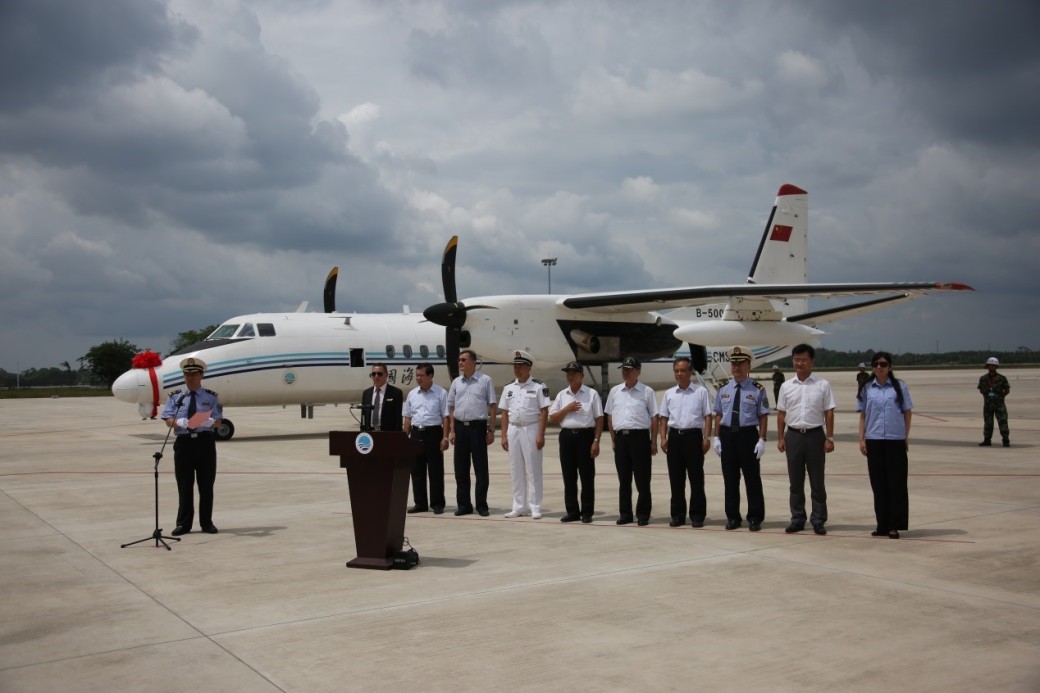 The aircraft is based on the airframe of the Xi’an MA-60 twin-turboprop airliner, a modernised version of its Y-7 aircraft. The Y-7 was developed in the late 1970s as a reverse-engineered copy of the Soviet Antonov An-24 (NATO reporting name: “Coke”). The aircraft was radically upgraded in the late 1990s to be incorporated with Western-made sub-systems, including the Pratt & Whitney Canada PW127J turboprop engine, Hamilton Standard propellers, Garrett (now Honeywell) APU, and Honeywell/King KHF 950 radio.

The MA-60 made its maiden flight in 2000 and is now serving with 13 countries including Zimbabwe, Bolivia, Indonesia, Tajikistan, Tonga, and Laos. The improved MA-600 first flew in 2008.

Development of the MA-60 MPA, designated MA-60H, began around 2013 after receiving an order from the State Oceanic Administration (SOA). The ‘B-5002’ rolled out of the production line in October 2016 and was delivered to the CCG in April this year. The aircraft is said to be equipped with a fuselage-mounted surveillance radar and a nose-mounted electro-optical surveillance system. It also features a fuselage-mounted and two underwing auxiliary tanks for extended range.

Although the MA-60H is not believed to be armed, AVIC has previously revealed an MA-60 MPA concept that would carry torpedoes and sonobuoys for anti-submarine warfare (ASW).